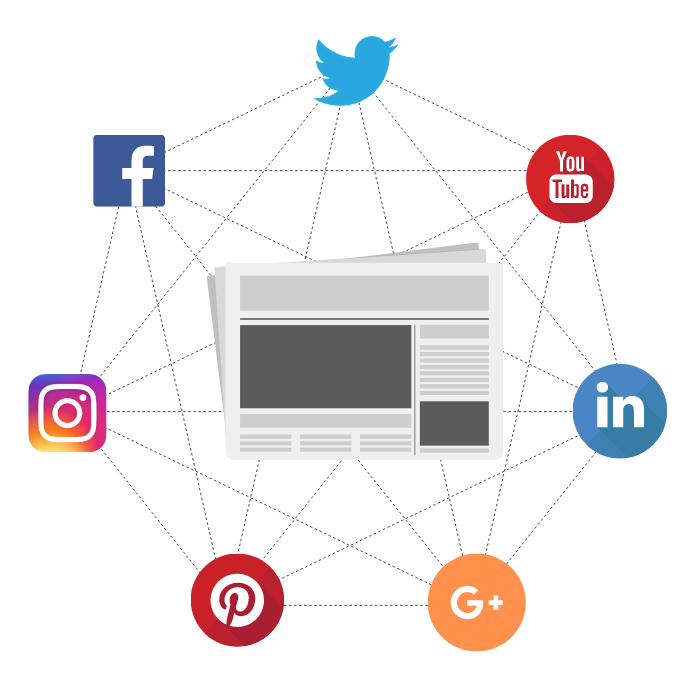 Over the last few years, we’ve seen journalists utilizing social media for numerous purposes. Whether they are keeping up with trending hashtags, identifying expert or highly opinionated sources for developing stories, asking users to borrow live footage that has been posted, or just updating their audience with news, journalists are constantly part of or central to on-going social media dialogues. In many cases, they themselves are instigating the conversation.

But just how much has how they use social media evolved in the last few years and what should we expect for the future? BMFer, Courtney Cash, conducted Zoom interviews (yet another evolving platform) with selected reporters to get first-hand opinions on social media trends and the impact of social media in reporting. Throughout this two-part blog post, we will review how reporters use social media, the impact it has on the public and how society as a whole should manage content online.

Mobile-based newspaper columnist and writer, Quin Hillyer, believes that the evolution in how journalists use social media is a mixed bag in terms of value, impact, and quality. “Because of social media and a default to electronic engagement the quality of hands-on or person to person interaction reporting has gone way down. On the other hand, word travels so much more quickly via Twitter, Facebook, and other platforms that audiences are constantly wanting and getting regular updates.”  People want it and they want it now. Today’s reporters and media outlets are more than happy to comply. Hillyer notes also, as did others we interviewed that the days of the traditionally established morning, afternoon, and evening “news cycles” are a permanent relic of the past.

Hillyer also believes that “the need for speed risks becoming a substitute for quality and accuracy” and for telling all relevant sides of the story, thereby limiting what readers see and hear to a narrower perspective.

Both Hillyer and our print reporter source listed Twitter and Facebook as their main platforms for finding and reporting news. That only makes sense as according to a new NiemanLab report:

– 25% of Americans use Twitter with 15% saying they regularly rely on it for news.

How Reporters Use Social Media

Clearly, reporters use social media as both a “pull” and “push” tool, gathering tips or story ideas and identifying potential sources on the one hand, while pushing their stories to the public on the other. BMF’s Greg Beuerman adds that social media has made media sources and potential experts out of “everyman” and that on the surface at least, everyone with a strongly held perspective and a smartphone has as much credibility as true experts in various subject matters. Therein lies the need for reporters and their editors and audiences to be especially discerning and careful about what they accept at face value without asking the tough and detailed questions.

Reporters also use social media to reinforce their own opinions and validate what they already believe. Beuerman terms this “check the box journalism” and believes that in part, this phenomenon is based on the need for speed in reporting news quickly, as well as the trend of ideological segregation. He stresses that such an approach may not be the norm in mainstream journalism but that the “need for speed” does little to keep it in check.

Subscribe to our newsletter here, or check back next week for the second half of  Emerging Trends in How Reporters Use Social Media and How It Impacts the Public At-Large where we discuss the “double-edged sword of and future of how reporters use social media.”