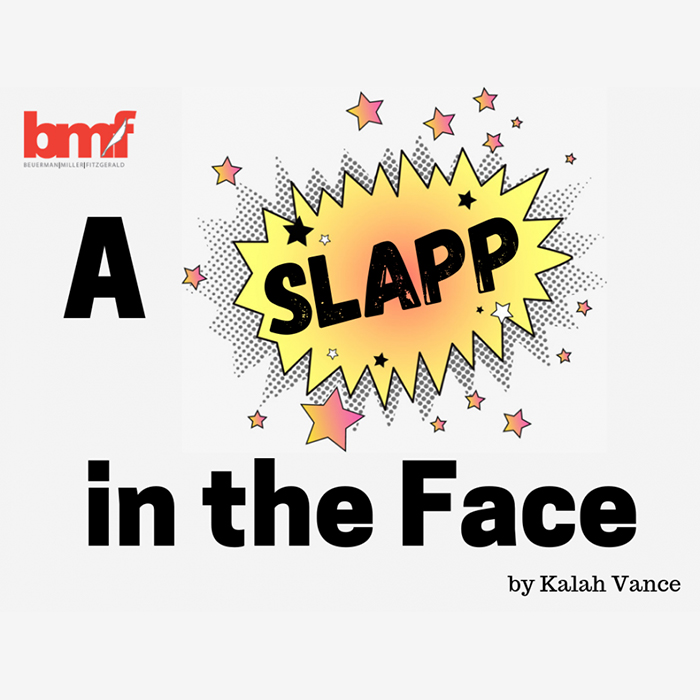 According to a Pew Research Center study, 82% of U.S. adults say they at least sometimes read online customer ratings or reviews before purchasing items for the first time, including 40% who say they always or almost always do so. Whether it be shopping, looking to hire for a service, or picking a restaurant for dinner, online reviews can often be the most useful way to evaluate a business before making a commitment to purchase from them. The people who choose to write reviews can make or break your own potential purchase.

However, for Tom Lloyd, his online review of a veterinary clinic turned into a court battle that almost broke him. Lloyd’s issues began when his dog Rembrandt suddenly fell ill. Rightfully panicked, Lloyd drove Rembrandt to DeLand Animal Hospital for medical attention. Doctors informed him that Rembrandt likely had a ruptured spleen and they were able to perform surgery immediately. Six hours later, Lloyd received word from the hospital that they were unable to find a surgeon. By the time he and Rembrandt arrived at another clinic, they were told it was too late to save Rembrandt’s life, and he would have to be euthanized.

After Rembrandt’s untimely death, Tom Lloyd took to Yelp to write a review, which included this statement: “The staff had wasted six hours of Rembrandt’s life and destroyed whatever chance he may have had to live. Our Rembrandt deserved a better last day.” Veterinarian Dr. Thomas MacPhail, then sued Lloyd for defamation.

Defamation claims involve the assertion of false facts that impact a party negatively by lowering their standing or reputation in the eyes of others. Usually, plaintiffs are required to show proof that their career or social relations have been hindered as a result of the false statements. However, Louisiana and a number of other states, are per se states, which means certain accusations are undoubtedly injurious. As a result, false claims involving professional deficiency, criminal behavior, sexual immorality, or of harboring a file disease, do not require plaintiffs to prove reputational damages.

Defamation cases present issues on the boundaries of First Amendment rights. It causes a balancing act between the degree to which the government should be able to restrict what citizens can say and their ability to offer protection to individuals from the defamatory remarks of others. In an attempt to find a middle ground, judges established the terms public official and public figure. Public officials are individuals within the hierarchy of government employees who have a substantial role in the conduct of government affairs. Public figures hold no public office but attract significant media attention or have thrust themselves to the forefront of the public’s eye.  Individuals that fall within these categories must prove actual malice on part of the defendant in order to receive damages. To prove actual malice, plaintiffs must demonstrate the defendant acted without regard for the statement’s truth or with the knowledge that their statement was false. This standard was necessary because it allowed media and individuals the right to publish unpopular views with out fear of facing sanctions, but it also provides an outlet for public figures and officials to protect their reputation.

Dr. MacPhail sued Lloyd for defamation on the grounds that the statements were false and “published maliciously and recklessly.” Lloyd felt that “They are just pursuing this thing to beat me up financially,” but he added, “I’m not going to cave in. I’ll fight tooth and nail. Rembrandt deserves it and my family deserves it.” Lloyd isn’t the only person to face a lawsuit based on his online reviews. Increasingly, people are beginning to be sued for speaking out online. Evan Mascagni, a Public Participation Project representative, says “As we’ve seen a rise in user-generated content websites, we’ve also seen a rise in bullies who essentially use the legal system to try to silence their critics and get bad reviews taken down.”

A SLAPP in the Face

These attempts are lawsuits called SLAPP, which are meant to serve as an intimidation tactic. A Strategic Lawsuit Against Public Participation, is one whose purpose isn’t to seek justice, but to instill fear and “silence or harass or intimidate a critic of theirs”, according to Mascagni. These lawsuits force individuals into lengthy and costly court battles without the financial assets to be able to adequately fight the case effectively. Mascagni says filers “are out to drown the defendant in legal fees and drag them through the legal system”. Lloyd, claimed to owe $26,000 in legal bills, which far outweighs his $20,000 yearly Social Security income. For fear of facing similar proceedings, consumers and other individuals become timid to voice their opinions. SLAPP cases are meant to encourage this fear and hamper individuals’ First Amendment rights. Although there are no federal anti-SLAPP laws, state legislatures have enacted policies to protect citizens. According to the Public Participation Project, Florida has an adequate anti participation law.

Despite MacPahil’s efforts, Tom Lloyd wouldn’t roll over that easily. Lloyd countersued supported by two sworn affidavits from former veterinarians at DeLand who claimed that although they lacked experience needed to provide Rembrandt the emergency surgery he desperately needed, MacPhail, who did have the training, declined to do the surgery and instead left for vacation. Soon after, the case was settled. Lawsuits such as these raise disconcerting questions. Should Tom Lloyd’s comments and those like them be considered defamation? Are drastic online comments the ravings of disgruntled patrons or a fair warning to potential customers? To what degree should businesses and individuals be allowed to protect their reputation from the claims and accusations of others? Does that protection infringe on our own First Amendment right? And maybe most importantly, who is qualified to make those decisions? These answers will vary from person to person, but one thing is certain: it essential that we form our opinions and post our reviews based on facts.