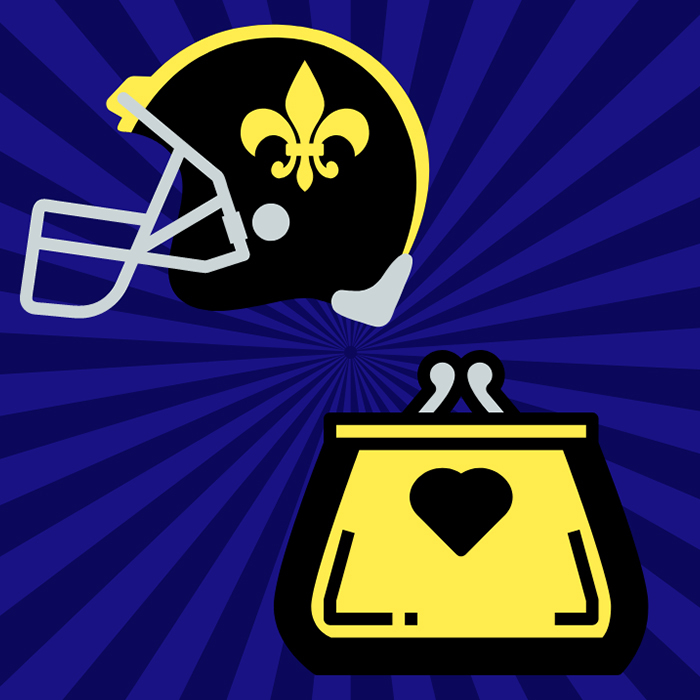 How we communicate has always been important, but during a time of unprecedented (for a lot of us) national crisis, it is critical. At the risk of being on high repeat, BMF has always shouted that crises are not remembered for how they’re handled but how they’re communicated. We also advise there is a real and fundamental danger in the tunnel vision of only seeing an issue through the frame of your experiences. Having contempt for other people’s responses to the same issue that differ from yours, shows a lack of insight that can prove dire.

Sadly, the capacity to walk a mile in someone else’s shoes continues to elude some, and two of the most recent examples of this are, even more sadly, homegrown: New Orleans Saints quarterback Drew Brees and Mystic Krewe of Nyx captain Julie Lea.

It is not an overstatement to say that there are few held in higher regard in our beloved city than Drew Brees. Brees has worn the halo of herodom during post-Katrina devastation and a Super Bowl win and is often seen as a figure that rallies and inspires the collective population, even during dark days. However the star quarterback came under instant and rapid fire last Wednesday after comments he made during an interview with Yahoo Finance. Brees’ remarks in response to a question about the possibility of fellow players kneeling during the national anthem this upcoming season not only expressed a lack of understanding on the motivation behind the act, but contempt for the same that is connected to experiences that are entirely different from his own. The fact that in the nearly four years since Colin Kaepernick started kneeling, Brees has failed to a) educate himself and b) be empathetic, are evidentiary of an acute unawareness of America beyond his own bubble. His comments also brought into question a high-profile and media savvy individual’s ability to communicate effectively and appreciate an opposing point of view.

Some would say, equally as sacred in our paradise is the spectacle of a Mardi Gras parade, and one of the more sought-after trinkets is a bedazzled purse from the Mystic Krewe of Nyx. According to an article on NOLA.com the once 3,500-strong membership organization, is on the brink of all-out destruction, as a result of an “All Lives Matter” post placed by captain Julie Lea. The swift and loud calls from fellow krewe members for her resignation after she was educated about the negative implication of the post and her subsequent refusal to pull it, continue to be ignored, and have led to the mass exodus of members, float lieutenants and now five dance groups. Lea was not only completely oblivious to the insensitivity of what she was doing, but the decision to make follow up outward, and unfortunate communication through an attorney, could be perceived as further willful ignorance. This is particularly true given that said attorney suggested the outrage being displayed is disproportionate and if members are unhappy, they should resign. How this moment of crisis was communicated and handled demonstrated contempt for conflicting opinions and is now the subject of much debate, criticism, and backlash.

Most would agree that Drew Brees is not a bad guy at all, has a lot of goodwill capital in the bank, and that this will go a long way towards repairing the damaging effects of his initial remarks and the subsequent back peddling. The opposite could be said in the case of Julie Lea who appears to be even more tone deaf than acts would indicate and which follow multiple negative occurrences involving the krewe. Both of these crises exposed a gross misunderstanding of a narrative of national importance and the inability of these individuals to have a recognizable modicum of empathy. No doubt Brees’ actions will continue to be discussed not only among all the talking heads of the sporting world but around virtual water coolers all over these United States. Julie Lea may very well be looking longingly at her hot glue gun and wondering what might have been.