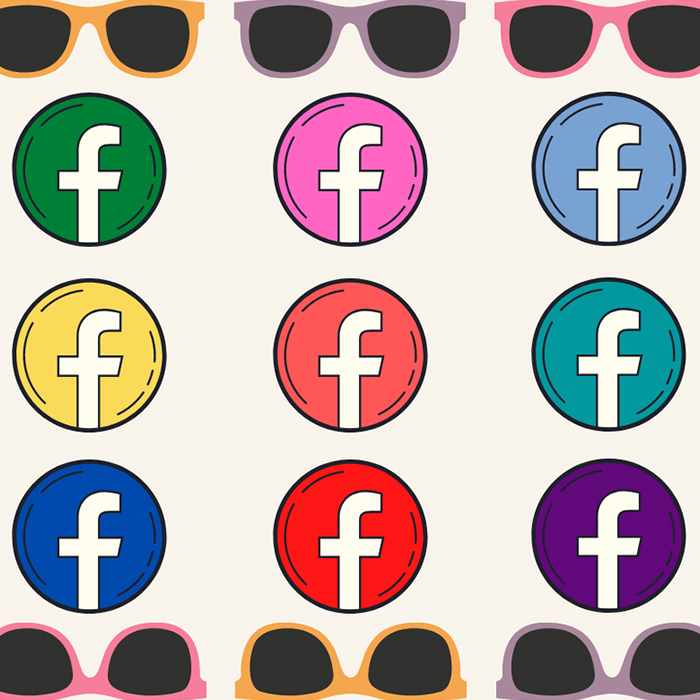 Historically and logically brands have always cultivated an image that is projected outwardly. The image that builds a loyal and engaged following is of vital importance to the success of any brand. One of the more recent and interesting shifts in brand growth is that, rather than focusing entirely on what is exterior, brands are being forced to look inward. As we have built and protected brands over decades, BMF has always directed clients to not only be cognizant of who their internal and external stakeholders are but to reflect the values that are important to them. Today, that means that, if consumers hear rumblings of harassment, a lack of diversity or any other undesirable traits that seem to conflict with the brand’s aesthetic, they’ll abandon ship and set fire to their allegiance on the way out. Brands are being called out very publicly now, and two that have caught our eye recently are homegrown New Orleans sunglasses brand Krewe and social media gargantuan, Facebook.

Over the last seven years Krewe has grown to be a flagship of New Orleans fashion. Marketing efforts that have included diverse beauty, have been deliberate to position Krewe as not only an authentic New Orleans brand, but a high-end one. This was an admirable feat in the ultra-competitive world of fashionable eyewear, and Krewe eventually catapulted its way to the perfect faces of stratospheric celebrities like Beyoncé and Serena Williams. Sadly, the walk and talk appeared to be inconsistent with the billboards as a recent NOLA.com article detailed damning allegations of workplace bullying and a lack of diversity aimed at Krewe founder Stirling Barrett. The employee backlash went public on Instagram, gained quick momentum, and resulted in subsequent loss of executive staff, retailers, and industry praise. This gross contradiction between what Krewe portrays itself to be and what the realities of its workforce culture are will have serious, negative, short- and long-term effects on its image and likely, sales as well. Hopefully, the lesson learned here is that speaking to your internal stakeholders and their values is every bit as important to your consumer base as anything else, and whatever you’re presenting your brand to be best match up inside and out.

Unless you’ve been in isolation on Madagascar, you probably know advertising dollars have been disappearing from Facebook’s coffers faster than hand sanitizer on Amazon or the hope of attending a festival anytime soon. David and Goliath brands alike are withdrawing their spend with the global social media platform which, according to the New York Times, brought in $17billion in revenue in the first quarter of 2020 alone. The boycott is in response to growing levels of disapproval with how Facebook handles, or doesn’t handle, hate speech and misinformation. Facebook’s abject failure to address already existing concerns about its internal practices, in any meaningful way, speaks to an almost indefensible lack of understanding and care about what is important to its external stakeholders. In the midst of the revolt, Facebook responded with changes to its policy on how it manages hate speech, but could it be perceived as disingenuous and might it prove to be a day late and a dollar short?

Regardless, advertisers and consumers are teaching a very clear and potentially damaging lesson that they will distance themselves and their dollars from partners and brands whose practices no longer mesh with their ethics.

There is an ever-growing list of recent examples where brands have made significant changes to answer the call for broader social advancement. The means by which a customer base is nurtured is often a testimony to ever-evolving creativity and ingenuity and, as marketers, we can’t wait to see if this momentum of transformation will be maintained, where it will go and whether this wave of social consciousness will be ridden all the way to the proverbial shore. Authenticity is now a fundamental principle for any brand and it’s not just important in external communications but perhaps even more so internally as we’re seeing more and more brands being taken to task. In the current climate, slick advertising and catchy taglines are not cutting as much of the mustard as they used to and it seems that even the best of meteoric rises can and will fall victim to a devastating crash back down to earth without substantive commitment to social meaning.